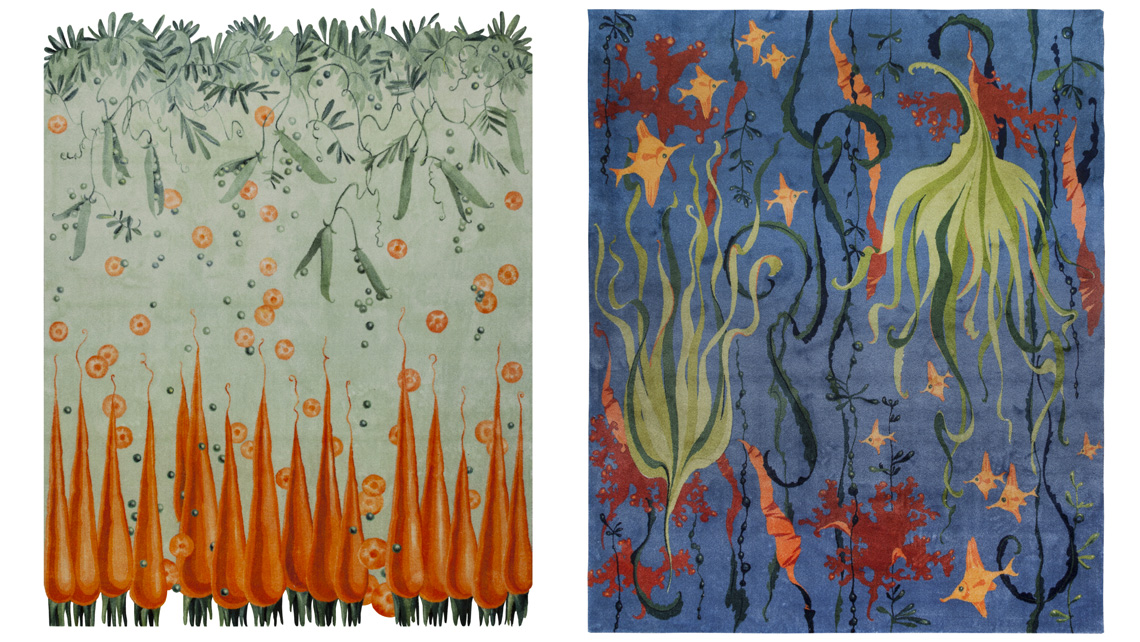 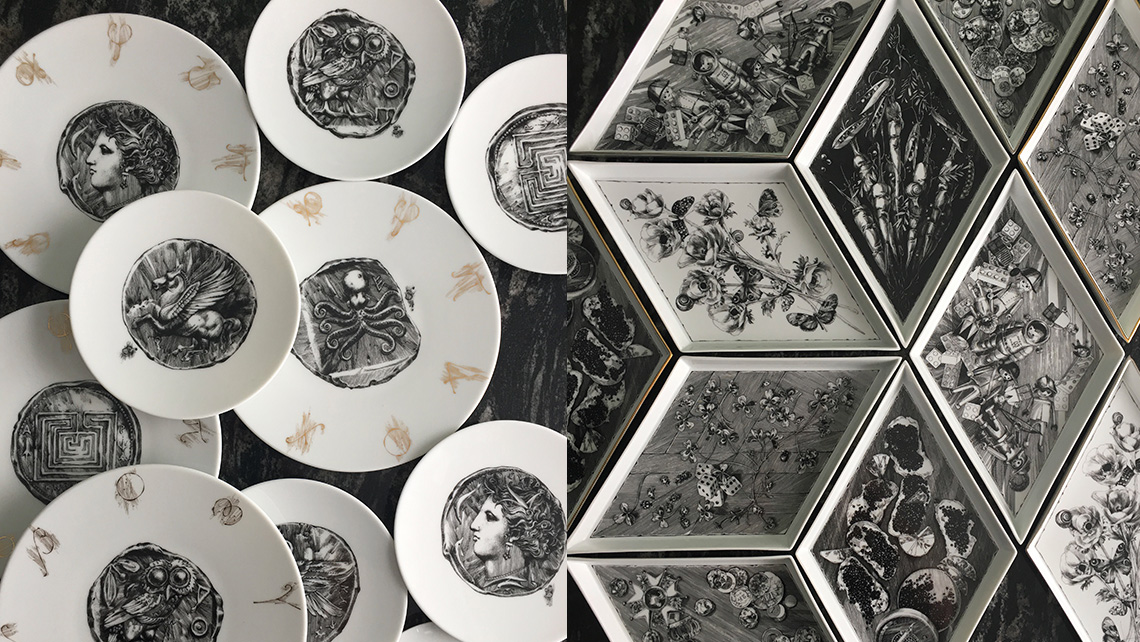 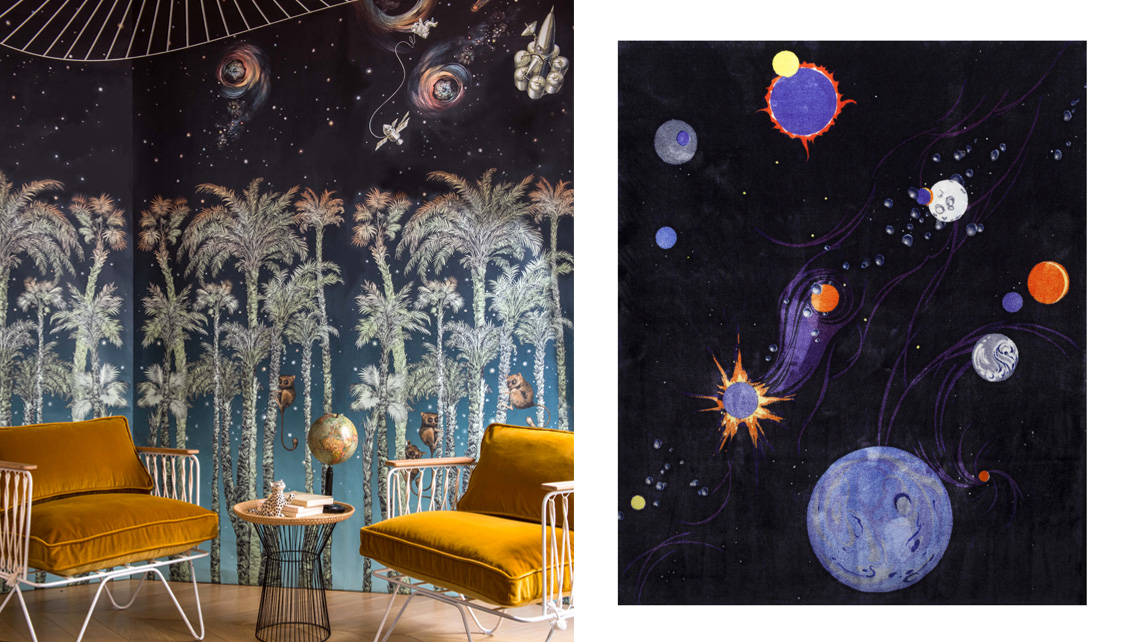 From Catherine Gran we know the extreme delicacy of her work in pen and Indian ink which translates a dreamlike universe, tinged with humor and poetry, inspired by a 19th century Darwinist, borrowed from wealth prolific of a cabinet of curiosities, inspired by Lewis Caroll, Jules Verne or Georges Méliès. Each of its porcelain pieces or each of its decorative panels arouses amazement on the gaze, jubilant about the smallest details that are revealed only to those who know how to take the time to explore. With Onirismes,

Catherine Gran has imagined for Codimat Collection a series of rugs that open the way to a fantastic world, on the edge of Wonderland. In four eye-catching drawings, Catherine Gran polishes her metaphorical universe with Sous-marin, Aquatique, Légumes et Cosmique. Four rugs that echo his wallpaper creations for Edmond Petit, some of which joined the collection of the Musée des Arts Décoratifs in Paris in 2017.